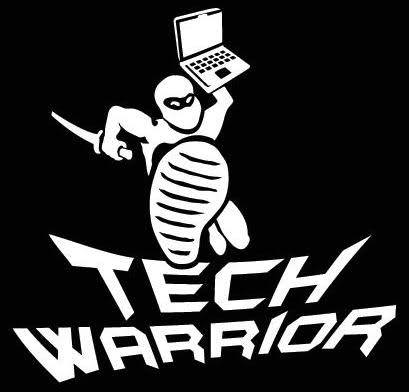 Bitcoin is a cryptocurrency that’s gained wide popularity due to its wild price swings and is created through a process known as “mining.” Bitcoin mining is how new bitcoins get introduced into circulation.

Bitcoin mining is the process of creating new bitcoins by solving extremely complicated math problems that verify transactions in the currency. When a bitcoin is successfully mined, the miner receives a predetermined amount of bitcoin.

As prices of cryptocurrencies and Bitcoin in particular have skyrocketed in recent years, it’s understandable that interest in mining has picked up as well. But for most people, the prospects for Bitcoin mining are not good due to its complex nature and high costs. Here are the basics on how Bitcoin mining works and some key risks to be aware of.

Understanding Bitcoin
Bitcoin is one of the most popular types of cryptocurrencies, which are digital mediums of exchange that exist solely online. Bitcoin runs on a decentralized computer network or distributed ledger that tracks transactions in the cryptocurrency. When computers on the network verify and process transactions, new bitcoins are created, or mined.

These networked computers, or miners, process the transaction in exchange for a payment in Bitcoin.

Bitcoin is powered by blockchain, which is the technology that powers many cryptocurrencies. A blockchain is a decentralized ledger of all the transactions across a network. Groups of approved transactions together form a block and are joined to create a chain. Think of it as a long public record that functions almost like a long running receipt. Bitcoin mining is the process of adding a block to the chain.

How Bitcoin mining works
In order to successfully add a block, Bitcoin miners compete to solve extremely complex math problems that require the use of expensive computers and enormous amounts of electricity. The computer hardware required is known as application-specific integrated circuits, or ASICs, and can cost up to $10,000. ASICs consume huge amounts of electricity, which has drawn criticism from environmental groups and limits the profitability of miners.

But the price of bitcoin has been highly volatile, which makes it difficult or impossible for miners to know what their payment might be worth whenever they receive it.

Is Bitcoin mining profitable?
It depends. Even if Bitcoin miners are successful, it’s not clear that their efforts will end up being profitable due to the high upfront costs of equipment and the ongoing electricity costs. The electricity for one ASIC can use the same amount of electricity as half a million PlayStation 3 devices, according to a 2019 report from the Congressional Research Service.

One way to share some of the high costs of mining is by joining a mining pool. Pools allow miners to share resources and add more capability, but shared resources mean shared rewards, so the potential payout is less when working through a pool. The volatility of Bitcoin’s price also makes it difficult to know exactly how much you’re working for.

How do you start Bitcoin mining?
Here are the basics you’ll need to start mining Bitcoin:

Wallet: This is where any Bitcoin you earn as a result of your mining efforts will be stored. A wallet is an encrypted online account that allows you to store, transfer and accept Bitcoin or other cryptocurrencies. Companies such as Coinbase, Trezor and Exodus all offer wallet options for cryptocurrency.
Mining software: There are a number of different providers of mining software, many of which are free to download and can run on Windows and Mac computers. Once the software is connected to the necessary hardware, you’ll be able to mine Bitcoin.
Computer equipment: The most cost-prohibitive aspect of Bitcoin mining involves the hardware. You’ll need a powerful computer that uses an enormous amount of electricity in order to successfully mine Bitcoin. It’s not uncommon for the hardware costs to run around $10,000 or more.
Risks of Bitcoin mining
Price volatility. Bitcoin’s price has varied widely since it was introduced in 2009. In just the past year, Bitcoin has traded for less than $30,000 and nearly $69,000. This kind of volatility makes it difficult for miners to know if their reward will outweigh the high costs of mining.
Regulation. Very few governments have embraced cryptocurrencies such as Bitcoin, and many are more likely to view them skeptically because the currencies operate outside government control. There is always the risk that governments could outlaw the mining of Bitcoin or cryptocurrencies altogether as China did in 2021, citing financial risks and increased speculative trading.
Taxes on Bitcoin mining
It’s important to remember the impact that taxes can have on Bitcoin mining. The IRS has been looking to crack down on owners and traders of cryptocurrencies as the asset prices have ballooned in recent years. Here are the key tax considerations to keep in mind for Bitcoin mining.

Are you a business? If Bitcoin mining is your business, you may be able to deduct expenses you incur for tax purposes. Revenue would be the value of the bitcoin you earn. But if mining is a hobby for you, it’s not likely you’ll be able to deduct expenses.
Mined bitcoin is income. If you’re successfully able to mine bitcoin or other cryptocurrencies, the fair market value of the currencies at the time of receipt will be taxed at ordinary income rates.
Capital gains. If you sell bitcoins at a price above where you received them, that qualifies as a capital gain, which would be taxed the same way it would for traditional assets such as stocks or bonds.
Check out Bankrate’s cryptocurrency taxes guide to learn about basic tax rules for Bitcoin, Ethereum and more.

Bottom line
While Bitcoin mining sounds appealing, the reality is that it’s difficult and expensive to actually do profitably. The extreme volatility of Bitcoin’s price adds more uncertainty to the equation.

Keep in mind that Bitcoin itself is a speculative asset with no intrinsic value, which means it won’t produce anything for its owner and isn’t pegged to something like gold. Your return is based on selling it to someone else for a higher price, and that price may not be high enough for you to turn a profit.

No comments to show.